Capital of the province with Barletta and Andria, overlooking the Adriatic Sea, Trani boasts one of the most beautiful cathedrals in Puglia, a very suggestive historic center and a wonderful city port.
The Cathedral of Trani, named after San Nicola Pellegrino, is a grandiose example of Apulian Romanesque art, its construction began in 1099 and was completed in 1200. It was built using the tuff in the area and the local white-pink marble.
In addition to the cathedral, Trani also boasts the Castello Svevo wanted and built by King Frederick II of Swabia, built in 1233 and completed in 1249. It was placed in the middle of a roadstead (extension of the sea, surrounded by things, where the boats they can stay sheltered from winds and currents), where the shallow waters have made an excellent defense both from natural hazards and from the enemy, based on the model of the Crusader castles of the Holy Land with a quadrangular layout.
In Trani there are also plenty of restaurants, galleries, fascinating views and behind the port is one of the most important Jewish quarters of Puglia, called Giudecca, where you can find the oldest Jewish temple in Europe,built in the Apulian Romanesque style: the Scolanova Synagogue.
In Trani tour you see Renaissance buildings such as Palazzo Caccetta and Palazzo Telesio. 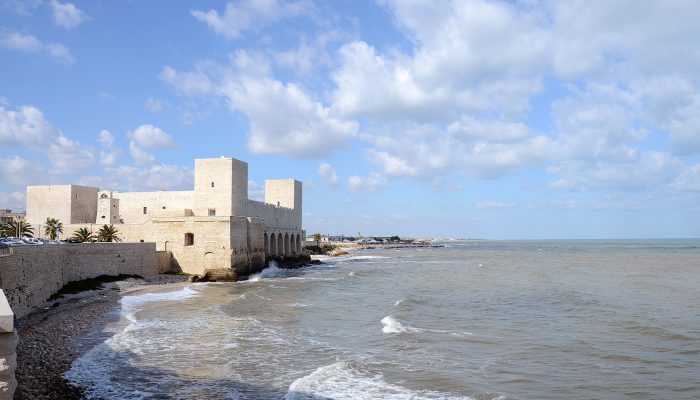 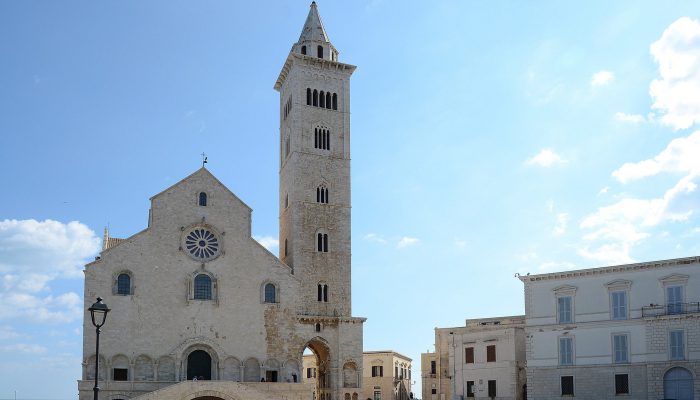 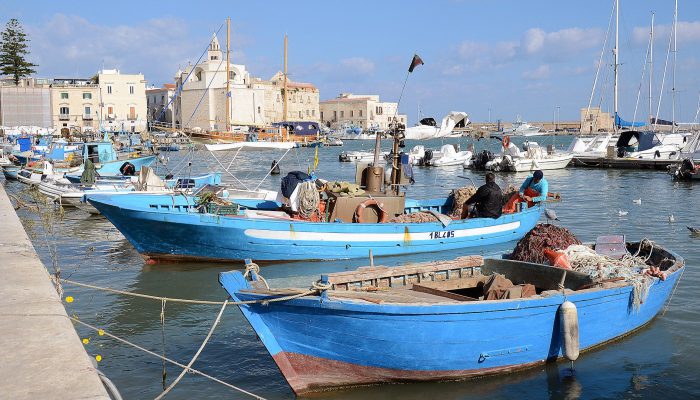