Lecce, nicknamed “The Florence of the South” because of its history and tradition that has no equal, if not with Florence.
City with a purely baroque style, abundant with arches, festoons, spiral columns and stone gables.
The Arch of Naples is the gateway to the historic center, dotted with important buildings and then ends at Piazza Duomo where we can find the Metropolitan Cathedral of Santa Maria Assunta, the Bell Tower, the Episcopio and the Palazzo del Seminario. Access from Porta Rudiae offers access to the multi-ethnic Giravolte district.
The Porta San Biagio, located in the southern part, is the access to the ancient urban center.
Lecce is also known for the Carta pesta Leccese, a material made up of paper, straw, rags, glue and mortar, which modeled many statues of Madonnas and Saints between the seventeenth and eighteenth centuries and, still today, many artisans from Lecce continue to model statues as tradition dictates.

These statues with very expressive faces, have embellished and enriched many churches and processions. The history of the production of this material is told at the Museo della Cartapesta, in the Castle of Charles V.
During the tour of Lecce, you will also visit: the Column of St. Oronzo, the Triumphal Arch, as well as the Ancient Roman Theater. 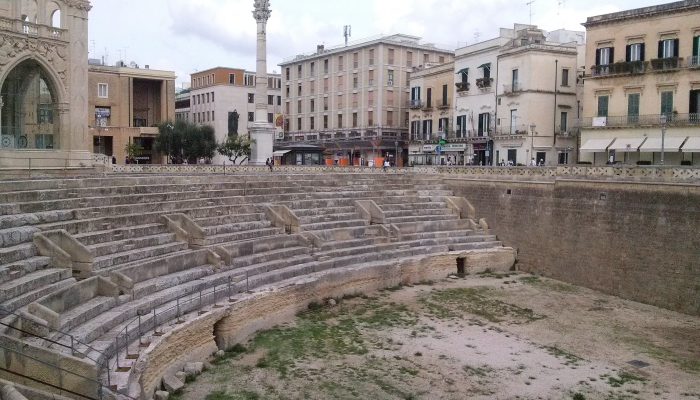 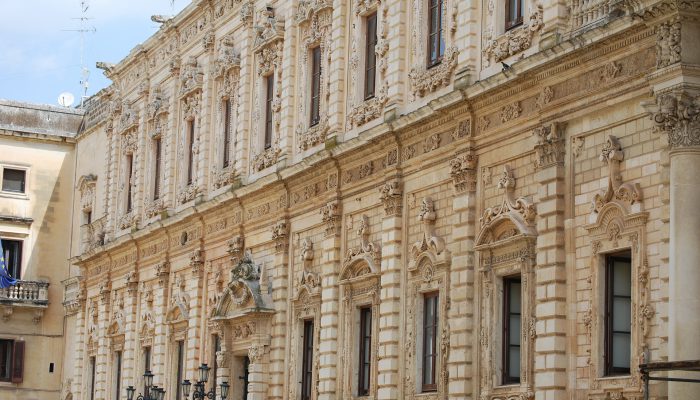 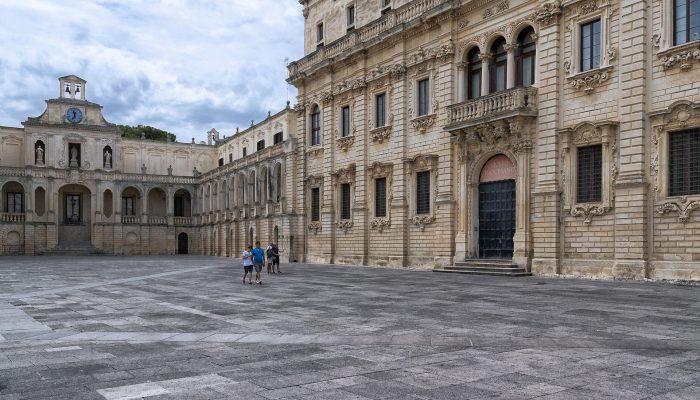